The "Golden Card" of Cambodia-China cooperation is Shining Brighter

In the first half of this year, the import and export volume of Cambodia's Sihanoukville Special Economic Zone increased by 38.23% year-on-year.

The "golden card" of Cambodia-China cooperation is shining brighter. 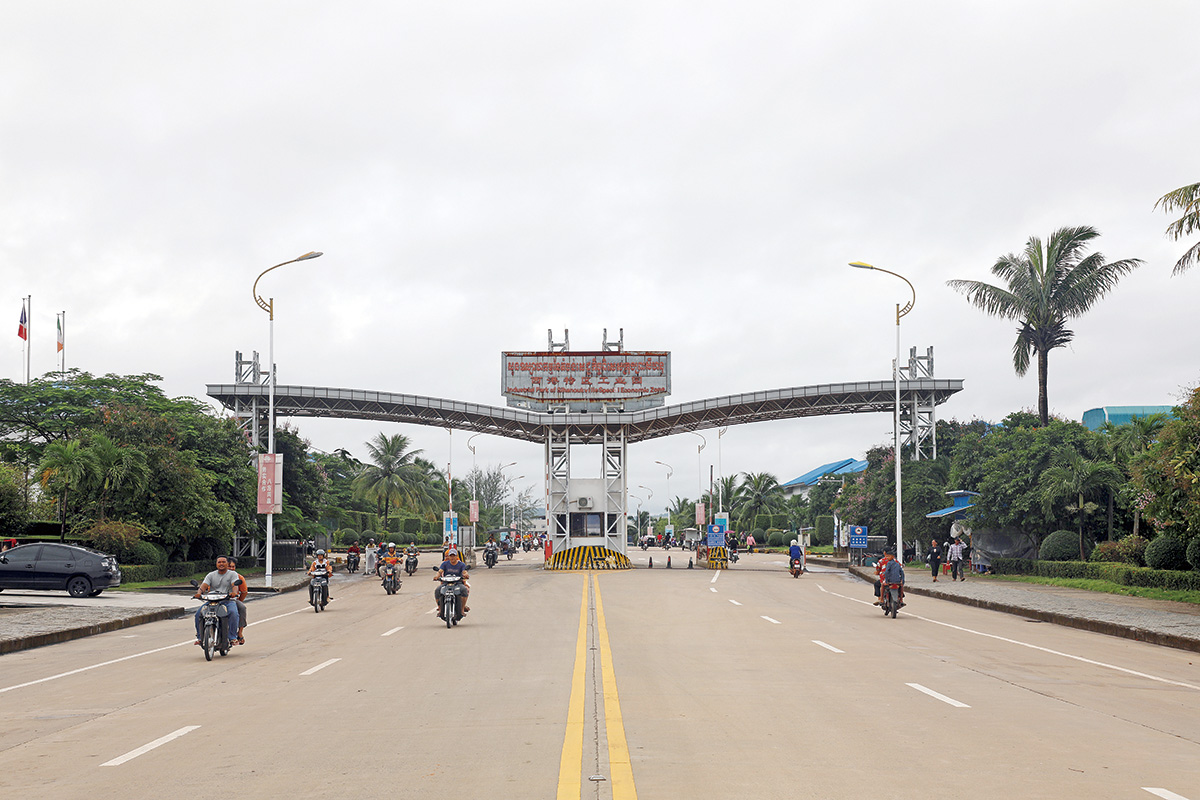 (People's Daily) On September 8, a reporter from People's Daily visited the Sihanoukville Special Economic Zone after a lapse of three years, and his first impression was that the means of transportation for employees to get off work had changed. The cramped carts and vans in the past have changed into beautiful motorcycles and cars. Working in the park for more than three years, doorman Tong Cardall told reporters that the number of enterprises settled in the West Port Special Zone is increasing, the benefits are good, the living standard of local employees has been significantly improved, and "everyone's life is more exciting."

More and more companies are coming --"We employ over 700 people and still feel understaffed."

Statistics from the General Administration of Customs of Cambodia show that in the first half of 2022, the import and export trade volume of enterprises in the SEZSAR accounted for 5 percent of Cambodia's total import and export trade volume, amounting to US $1.374 billion, up 38.23 percent year-on-year. For the whole year of 2021, the import and export volume of the SSEZ increased by 42.75% year on year, reversing the epidemic trend. Kim En, deputy director of the duty-free Zone Administration of the General Administration of Customs of Cambodia, said that there are 39 special economic zones in Cambodia, among which the Westport Special Zone is the largest and has the strongest development momentum. In 2023, more enterprises will enter production, and Westport Special Zone will usher in a more prosperous scene.

The Khmer Times of Cambodia commented: "The continuous growth of the Western Port Special Zone's import and export trade reflects its strong resilience. "In the face of COVID-19 challenges, the SSEZ has made new contributions to local economic and social development." Jandali Nik, director of the 21st Century Maritime Silk Road Research Center in Cambodia, believes that the Sihanoukville Special Economic Zone has become an engine for the economic development of Sihanoukville Province and even Cambodia, and the "golden card" of Cambodia-China cooperation is shining brighter and brighter.

To promote the common development of neighbouring countries

"Our proximity to the Sihanoukville Special Economic Zone is our greatest advantage."

In recent years, the economic and trade cooperation between China and Cambodia has made rapid progress, and the Xigang Special Zone has also developed rapidly. The Special Zone has completed new living areas, commercial areas, medical and health facilities, education and training centers, and improved support services.

"The Sihanoukville Special Economic Zone provides a large number of jobs and helps Cambodia secure a place in the global supply chain," said the Deputy Secretary of State and Spokesperson for the Ministry of Commerce, Phnom Penh Viji. It is a good example of Cambodia-China win-win cooperation within the Belt and Road Initiative framework."

When I first visited the SSEZ in early 2019, the project's second phase had just started, and many new enterprises were still levelling the land and building factories. The site has become a neat factory complex three years later, with factories and office buildings rising along the main road.

According to the introduction, the general planning area of the Sihanoukville Special Economic Zone is 11.13 square kilometres, and six square kilometres have been developed. In the future, the Special Zone will continue to develop according to the number and types of enterprises and eventually create an industrialized, international and intelligent small industrial city with a population of over 200,000.

Jiangang Chen, chairman of the Sihanoukville Special Economic Zone Company, said that the next step of the special zone would be to optimize the industrial structure, focus on the introduction of high-tech industry-leading enterprises, and constantly improve the administrative, medical, training, residential, commercial and other supporting service facilities.

Over the past decade or so, the SEZSAR has driven the rapid economic development of Sihanoukville Province and received strong support from the Cambodian government. A one-stop administrative service window has been set up in the General Services office building of the Sihanoukville Special Zone. Government agencies such as the Council for the Development of Cambodia, the Customs, the Ministry of Commerce and the Sihanoukville Provincial Government have all set up representative offices here. Enterprises invested in the Special Zone have completed all procedures from registration, factory establishment, production and trade.

At the beginning of this year, the Regional Comprehensive Economic Partnership (RCEP) came into force, providing new opportunities for the development of the SEZ. Sihanoukville Governor Kuo Zongrin believes that after the RCEP takes effect, the SEZSAR and Cambodia as a whole will open up to a wider international market.